“Truth is Truth. How You Deal with It is Up to You, Bosmang”

THE GAME AWARDS: LOS ANGELES – DECEMBER 9, 2021 – Telltale, a leading narrative game development studio and publisher, announced today that it has partnered with award-winning development studio, Deck Nine, and Alcon Interactive Group to create The Expanse: A Telltale Series. Based on the popular Amazon Prime sci-fi television series, the story-driven interactive game was revealed with a world premiere trailer tonight during The Game Awards broadcast.

The Expanse: A Telltale Series is the first new IP to be announced by Telltale since the company re-formed in 2019. The game is being co-developed with Deck Nine, the award-winning studio behind the critically acclaimed Life is Strange: True Colors. Telltale also previously announced it is in production on the sequel to The Wolf Among Us.

“One of our driving forces is to empower other creative voices to tell their stories in the manner of previous genre-defining Telltale games,” said Jamie Ottilie, CEO of Telltale. “We are such fans of the work Deck Nine has done and were searching for an IP we could create stories in together. The Expanse is a rich world both studios are really excited to explore.”

Set hundreds of years in the future, The Expanse TV show is based on a series of novels by James S.A. Corey, the pen name of authors Daniel Abraham and Ty Franck, who also serve as writers and producers for the show. Humanity has colonized the Solar System, with tensions rising between the three primary factions of power. The series follows a group of protagonists representing the “Earthers”, “Martians”, and “Belters” as they uncover and become involved in a conspiracy that threatens the fragile balance. Kicking off its sixth and final season on Amazon Prime this week, The Expanse has received critical praise for its visuals, character development and political narrative.

The Expanse: A Telltale Series is set prior to the events of the TV series. Players take on the role of Camina Drummer (played by actress Cara Gee in both the game and TV series), the leader of a rag tag scavenging crew on the hunt for a mysterious treasure on the edges of The Belt. As Drummer, players must work with a mix of big personalities, square off against a bloody mutiny, explore locations beyond the belt and, most of all, make tough decisions that will decide the fate of The Artemis spaceship and its crew.

“Working with a fantastic IP like The Expanse is both daunting and thrilling,” said Jeff Litchford, COO for Deck Nine. “We wanted to pick a character and story that hadn’t already been told – one that players could really influence but that also stayed true to the books and series for the fans. The collaboration with Telltale has enabled us to bounce around ideas and approach things from the different perspectives each company brings to the adventure genre as we work to tell the best story possible.”

“The Expanse is a deep world full of political nuance and complex characters that evolve yet are flawed; it’s been such a joy to be able to delve into the individual side stories throughout the books and six seasons of the show,” said George Collins, President of Alcon Interactive Group. “Collaborating with two of the most prominent studios known for their work in narrative games is exciting, and we are confident The Expanse is in good hands. There is so much left to explore in new ways and we plan to do so as long as the fans keep showing up.”

Deck Nine is an independent game developer dedicated to forging stories and gameplay into transformative entertainment experiences. Based in Westminster, Colorado, Deck Nine is best known for its work on the recent games in the award-winning Life is Strange series, published by Square Enix. This includes Life is Strange: True Colors, Life is Strange: Before the Storm, and Life is Strange: Remastered Collection. Deck Nine’s talented team of developers have won awards for their work in films, TV, and videogames. For more information on Deck Nine visit: www.DeckNineGames.com

Telltale is an independent developer and publisher of both original and licensed IP games for every major interactive platform and is a pioneer of narrative games and episodic delivery. The Telltale brand, assets, and various IP are now owned by LCG Entertainment, operating and marketing games under the Telltale name. LCG Entertainment is a privately held company, headquartered in Malibu with offices in Corte Madera, California. For more information, please visit www.telltale.com.

Co-founders and co-CEO’s Andrew Kosove and Broderick Johnson founded Alcon Entertainment in 1997 with partner Frederick W. Smith, the Founder, Chairman and Chief Executive Officer of FedEx. Alcon has financed and produced or co-financed and co-produced 34 films to date including the Academy Award Best Picture nominee The Blind Side which earned Sandra Bullock an Oscar for Best Actress and the critically acclaimed Blade Runner 2049 starring Ryan Gosling and Harrison Ford which won 2 Academy Awards for Best Cinematography and Best Visual Effects and received an additional 3 nominations, among many others.

Alcon Television Group which has several on-air and upcoming projects including the hit sci-fi series The Expanse, a critically acclaimed space thriller which boasts a 100% score on Rotten Tomatoes; and the animated children’s series Pete the Cat, a co-production with Amazon Studios based on the best-selling children’s book series, and Blade Runner Black Lotus, an anime show that recently premiered on Adult Swim. Alcon Television Group past projects include the Grammy-winning and Emmy-nominated four-part documentary The Defiant Ones, originally developed for HBO, which chronicled the divergent roots and unlikely partnership of Dr. Dre and Jimmy Iovine that launched exclusively on NBCUniversal’s Peacock; and the Emmy-nominated HBO documentary Sinatra: All Or Nothing At All from Oscar-winning director Alex Gibney which remains one of HBO’s most successful shows in the 50+ demographic. 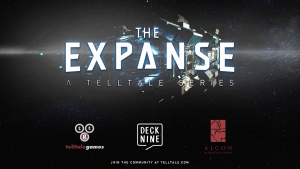